Week 14 kicks off with a Super Bowl LIII rematch, as the New England Patriots will play the Los Angeles Rams in sunny Inglewood, Calif. The Patriots (6-6) are coming off a 45-0 blowout win against the Chargers at SoFi Stadium to move back to .500, while the Rams (8-4) won 38-28 against the division-rival Cardinals to move into a tie for first in the NFC West.

Here is a preview for Thursday night football between the Patriots and Rams, complete with a free pick. Los Angeles has opened up as a 6.5-point favorite at home.

Following an offseason of drastic changes, the Patriots once again felt like they were a playoff contender. Led by new quarterback Cam Newton, New England jumped out to a 2-1 start, with their one loss coming on the road to the Seahawks. But what followed was a stretch that seemingly knocked them out of contention, dropping four in a row in road games against the Chiefs and Bills and home games against the Broncos and 49ers.

Then, very quietly, the Pats won three out of four, including wins against projected playoff teams in the Ravens and Cardinals. Their recent run was capped off in a big way on Sunday, beating the Chargers 45-0 and holding L.A. to less than 260 yards and no trips to the red zone. While they still have an outside shot at the postseason, the Pats will need to almost run the table over the last four weeks of the season while getting some outside help.

This season, New England's offense has been as one-dimensional as anyone's in football. The Pats are averaging about 151 rushing yards per game, the third-most in the NFL. But they are averaging the third-fewest passing yards with 191, thereby sitting just 22nd in total yards. The lopsided offense gives the Patriots an average of 22.8 points per game, tied for 23rd in the league.

Defensively, last year's vaunted unit is still formidable. New England is allowing 21.3 points per game, seventh in the NFL. They also crack the top-10 with just under 355 total yards allowed, as they give up about 226 passing yards and 119 rushing yards per week. But the pass-rush isn't all there yet, evident by just 18 teams sacks, the fourth-fewest in football. However, the Pats are tied for the second-most interceptions with 14.

After reaching the Super Bowl two seasons ago, then crashing down to Earth and missing the playoffs last season, the Rams were hungry to get back to their winning ways in 2020.

For the most part, L.A. has been consistent, opening up with a 4-1 record with wins against the entire NFC East and the lone loss by three points on the road in Buffalo. Their worst stretch came in October, losing two out of three against the Dolphins and Niners on the road. But with solid play from quarterback Jared Goff and elite play from defensive tackle Aaron Donald, the Rams have taken three of their last four, all against teams at .500 or better, capped off by a 38-point effort against the rival Cardinals. Now tied for first in the NFC West, L.A. controls their own destiny over the final month of the season.

On the offensive side of the football, the Rams are 17th in points per game with 25.1. However, they're top-10 nearly everywhere else, including top-five in a couple of areas. L.A. is averaging the fourth-most yards per game with just over 405, and rank fifth and eighth in passing and rushing yards, respectively. They are also sixth with a 46.7 percent third-down conversion rate, about three percentage points higher than New England.

Meanwhile, the defense is elite. Los Angeles is fifth with 20.3 points allowed, but give up just 312 yards per game, the second-fewest. They're third in both passing and rushing defense, and have the second-best third-down defense with a 64.7 percent success rate. The Rams also boast the third-most sacks with 36 and have a solid 12 interceptions as a team.

Starting with New England, their 6-6 record is matched by a 6-6 record against the spread. And while they're just 2-4 ATS on the road, they're 4-2 ATS in their last six games overall. The Patriots have also beaten the Rams in each of their previous six meetings and are 9-2 straight up in their last 11 games against NFC opponents.

For Los Angeles, they come in 7-5 and 3-2 ATS overall and at home, a drop-off from their overall 8-4 and 4-1 records. While they have gone 4-2 ATS in their last six, they're also just 1-4 ATS in their previous five AFC games. The Pats aren't the only one who gives L.A. trouble, as the Rams haven't covered in any of their last five games against the AFC East.

This is one of the better Thursday night games we've seen this season, as both the Patriots and Rams are playing good football as of the last few weeks and both have outstanding coaches in Bill Belichick and Sean McVay. While L.A. is the better overall team, Belichick and New England seem to have their number a little bit, with the Pats' last loss against them coming in November of 2001.

Ultimately, I think the spread is too high here. I think Belichick will have a game plan that keeps the game close. However, with Los Angeles' dynamic pass-rush and solid offensive weapons, I think they have just enough to get the win at home. I'll take the Rams to win in a close one to improve their quest for a division title. 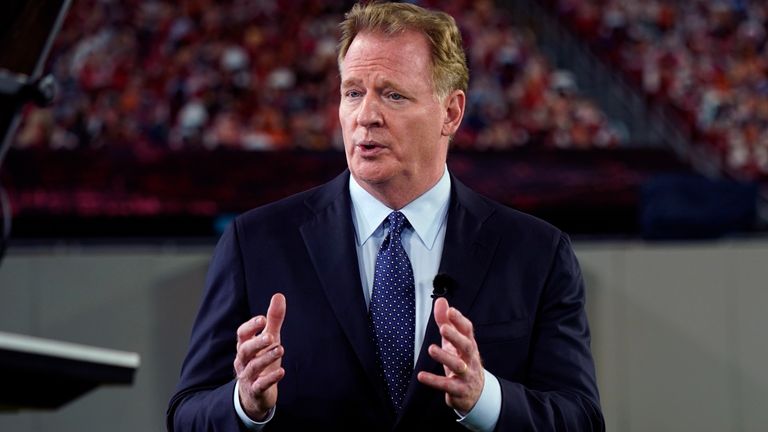